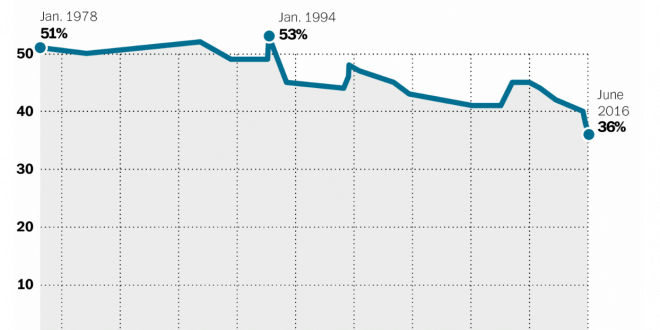 NY Times Say Gun Ownership is at Record Lows, While NICS Checks are Higher Than Ever

I love this propaganda the NY Times/CBS/Washington Post are pushing out there, claiming that gun ownership is at a 40-year low. 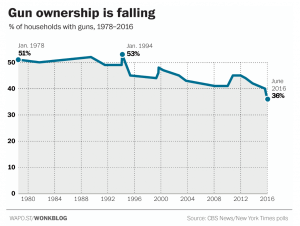 In a time when gun ownership is demonized by the liberal media, it is not surprising that so many people would tell pollsters that they didn’t own a firearm.

If some stranger called you up and asked you if you owned guns, would you honestly say yes?

Expecting people to willingly tell a stranger they own guns is completely illogical.

So when you take into account the obvious reluctance to tell a stranger you own guns, a poll showing a decline in gun ownership is perfectly predictable.

Statisticians call this the “Bradley Effect.” In 1992, Los Angeles Mayor Tom Bradley, an African American, was running to become California’s Governor. In the days leading up to election day, Bradley had a significant lead.

But when the votes were actually cast, Bradley lost. The theory posed by many social scientists is simple to understand: when asked a polarizing question, poll respondents have an incentive to lie. If an African American is running for political office, the theory posits that more people will tell pollsters that they support him/her in order to avoid being suspected of racism.

The same applies to poll questions about gun ownership. If gun owners are demonized and blamed for every mass shooting, why would someone want to go on record as being a gun owner? And because of the inherent threat of telling a stranger that they own guns, why would any stranger answer honestly?

This is the Bradley Effect. Polls don’t take into account the fact that respondents have a specific incentive to lie.

If you want to see what gun ownership in America looks like, look to the NICS system. This is the background check system run by the FBI for gun purchases. 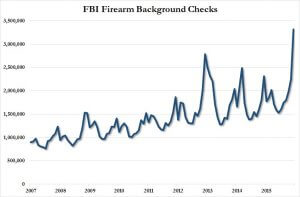 That’s what gun ownership in America looks like. Not a 40-year low, but rather a record number of gun purchases/transfers.

So when the media tries to tell you that gun ownership is dying in America, tell them to go shove it.