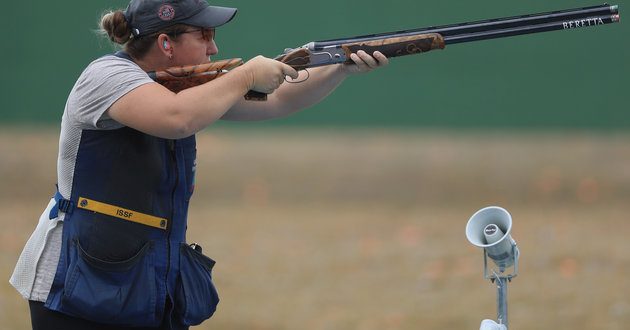 Athletes who win olympic medals in four consecutive Olympic games – which Michael Phelps has now done – are considered in a class of their own.

Five consecutive Olympic medals? That would mean that for 20 years, at four year intervals, someone was determined to be in the top-3 competitors in the world. Only a few people have achieved this feat in the Summer Olympics.

She is the first woman ever to medal in six consecutive Olympics and would you believe that only non-shooting sports sponsor she has is Nike?

The rest of the sponsors refused to touch her. She has achieved something that truly puts her in a class of her own. She is not only a role model for many but a person of excellent character as well.

The reasons given by companies like Coca Cola and Procter & Gamble want you to believe that she was just one of many who applied but weren’t endorsed. But you’d have to suspend all logic to believe the fact that she is a competitive shooter has nothing to do with the fact that these companies turned their nose at her…

Max McGuire is a firearms enthusiast and collector. He holds a Bachelors Degree in Political Science from Boston College and a Masters Degree in Political Science from Villanova University.
Previous Breaking News: Fed. Judge Defies Logic, Upholds Obama’s Ban on Surplus 5.45×39 Ammo
Next Hillary’s Gun Agenda & Why She Hopes You’re Too Stupid To Get It