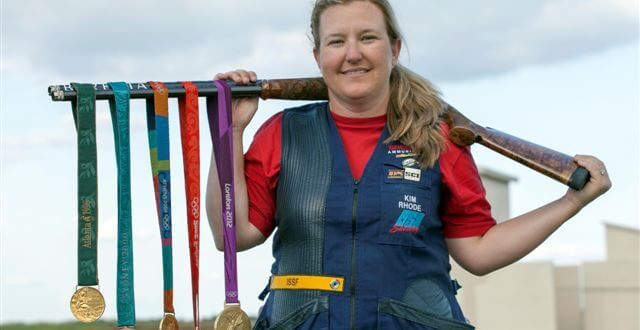 US Olympic Shooter Doubles Down: 2nd Amendment About Defense Against Tyranny

On Friday, US Olympic Shooter Kim Rhode will compete for her 6th consecutive Olympic medal in skeet shooting.

Instead of practicing and preparing for her competition, Rhode is being peppered by the media with questions about, you guessed it, gun control.

US Olympic swimmers don’t get asked to comment on high-profile drownings and I didn’t hear any Olympic weight lifters get asked questions about the recent news that a former-UN General Assembly President was found dead after allegedly having a barbell fall on his neck. But these are minor details…

Kim Rhode didn’t back down, however.

“The Second Amendment was put in there not just so we can go shoot skeet or go shoot trap. It was put in so we could defend our first amendment, the freedom of speech, and also to defend ourselves against our own government.”

“I shoot 500 to 1,000 rounds a day, so having to do a background check every time I purchase ammo, or every time I want to bring ammo in or out of a competition or a match, those are very challenging for me. Also, I’ve had guns in my family for generations that have been passed down, and now I’m going to register them as assault weapons. And they will not be passed on to my son, or to me from my father. It definitely does effect me and give me a reason to speak out more.”

The interviewer asked about Rhode’s son and his future in the shooting sports, no doubt trying to create headlines about children and firearms. Kim Rhode didn’t blink at all.

“I hope to have him out there shooting, when he becomes of age. I started when I was like 7 or 8 years old, and it was something that was a big deal in my family, to gain that right of passage.”

TIME Magazine tried to trap her into supporting gun control by bringing up the San Bernardino terror attack. Didn’t work…

“My heart breaks for those people,” Rhode said, but these tragedies “make we want to carry even more.”

So in one interview, we have a successful Olympic athlete telling the truth about the 2nd Amendment’s purpose (defense of liberty), ripping into stupid gun control laws, mentioned children learning to shoot without a single apology, and breaking the narrative that people should disarm after terror attacks.

I know where I’ll be on Friday morning: glued to my television and/or laptop watching this proud 2nd Amendment supporter compete for the Gold in the Olympic Women’s Skeet Final.

As we get closer, live coverage of the Women’s Skeet Final can be found at http://www.nbcolympics.com/video

Max McGuire is a firearms enthusiast and collector. He holds a Bachelors Degree in Political Science from Boston College and a Masters Degree in Political Science from Villanova University.
Previous 2008 Flashback: Joe Biden Promises to Shoot Obama If He Tries To Take His Guns Away
Next German Intelligence Confirms ISIS ‘Hit Squads’ Hidden Among Refugees 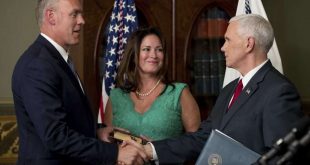 On January 19, 2016, the Obama administration announced a ban on the usage of lead …