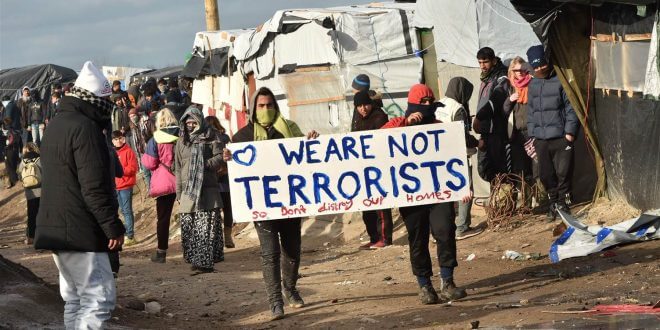 What does the Syrian refugee crisis have to do with the 2nd Amendment? Everything. Who we allow into the country directly affects the threats we face on a daily basis.

We know that two of the Paris attackers used the Syrian refugee crisis to infiltrate Europe. Then, they proceeded to attack and kill innocent people.

The German Intelligence establishment just admitted that ISIS ‘hit squads’ are likely living in Germany and the rest of Europe after entering the continent posed as refugees.

Syria is a failed state. ISIS controls much of the country, including many of the government’s passport offices. They have seized passport machines and blanks. When ISIS makes a fake passport, it is literally indistinguishable from an official Syrian passport.

So the only way to truly vet whether an “official” passport is legitimate or not is to get into contact with the records departments within the Syrian government and ask them to verify a passport holder’s identity.

This is absolutely important to understand. Because ISIS has the ability to create 100% authentic looking government documents, the only way to determine whether a Syrian refugee is legitimate or not is by enlisting the help of the Syrian government. You know, that government that the United States has committed to removing from power and committed to ensuring the ruling party “steps aside.” The government that controls territory that the United States is flying bombing campaigns over and deploying ground troops on without its permission.

That’s not at all a dig on our campaign in Syria. It’s just a fresh dose of common sense that it is stupid to hinge the security of our country and our people on whether a regime we are actively trying to topple will cooperate to protect us.

That is the logic that the Obama administration employs.

So even if the records of a Syrian refugee weren’t destroyed and even if the administration manages to get a government official in a failed state on the line, our vetting process relies on Syria not trying to, for lack of a better word, screw us.

Add in the fact that the Obama administration has given the United Nations much of the vetting responsibilities and it is easy to see how this whole ordeal is FUBAR.

The Paris attacks that killed 130 innocent people were perpetrated, in part, by people who got into Europe using the refugee crisis as cover. Armed gunman stormed into a concert hall – which would be considered a ‘gun free zone’ in most parts of the US because of its liquor license – and indiscriminately opened fire on the crowd.

The policies that enabled this attack to happen are the same ones that Obama is implementing. When the outcome is people getting gunned down, then yes, this is a 2nd Amendment issue.