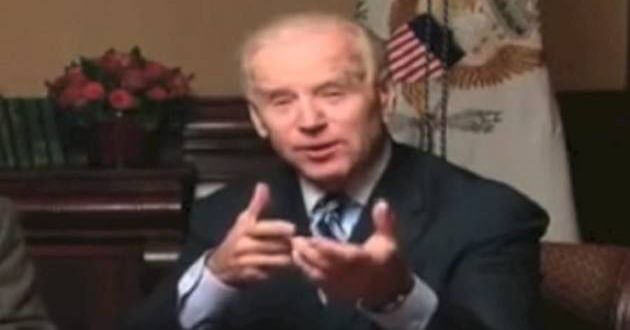 2008 Flashback: Joe Biden Promises to Shoot Obama If He Tries To Take His Guns Away

So first, there was Hillary Clinton insinuating in 2008 that the only reason she stayed in the race through to the end was in case Barack Obama got assassinated.

It’s a tongue in cheek reference. He explicitly says that gun confiscation isn’t going to happen. But he concludes that if President Obama comes for one of his two guns, then Barack Obama has “got a problem.”

It’s pretty obvious what he means by that. While he doesn’t believe that his running mate’s policies would amount to confiscation, Biden declared that any President who tried to confiscate his Beretta would ‘have a problem.’ He didn’t parse words. He is threatening to shoot whatever politician comes for his guns, he just happens to think that Barack Obama will not be that politician.

The interesting part of this is that you have a then-Senator and current Vice President on camera insinuating that there is a line in the sand. It is possible for a President or any politician to go too far. There are, at least hypothetical circumstances, that could justify fighting back.

We just happen to disagree over when that threshold would be met.

As horrible as Obama has been for the 2nd Amendment, he’s nowhere near Hillary Clinton’s current focus-group tested opinions. Hillary is calling for the Heller v DC decision to be reversed, thus eliminating the individual right to keep and bear arms from the Constitution.

I am sure that Uncle Joe would disagree with me, but having a Presidential candidate promise to eliminate our individual right to own guns for self defense definitely hits the “she’s got a problem” mark…

Max McGuire is a firearms enthusiast and collector. He holds a Bachelors Degree in Political Science from Boston College and a Masters Degree in Political Science from Villanova University.
Previous Breaking News: Mike Vanderboegh, Founder of III% Movement, Passes Away
Next US Olympic Shooter Doubles Down: 2nd Amendment About Defense Against Tyranny