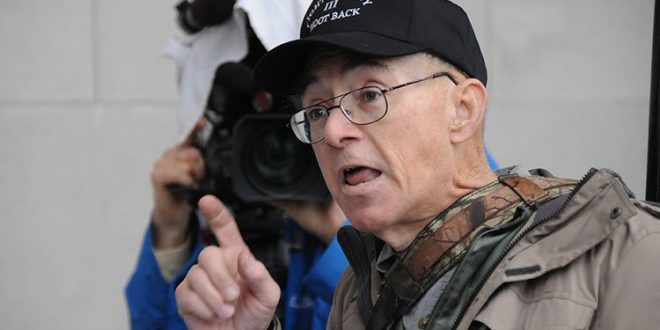 Mike was a great patriot. He will be missed.

A statement from his Sipsey Street Irregulars blog:

Mike Vanderboegh, husband, father of three, and founder of the III% movement passed peacefully in his beloved Alabama home today.

In life, he fought tirelessly to restore the liberties that we had taken for granted. Because of his leadership and the movement that he created, we take them for granted no more. He was able to awaken minds to the possibility that a determined minority of free people could accomplish anything; so long as they did it together. They did not need a leader. They needed a cause and a banner from which to advance the cause of freedom. The III percent is that cause.

Mike continued to give everything after so much had been taken away by the illness. Through his struggle he became a symbol of what can be accomplished if we only have the indomitable will to make it happen. Through his words he was able to breathe life into the sails of a resurging Patriot movement. His work may be done, but for those that remain, it is just beginning,

A Patriot died today. But his work will live on in the everyday push for freedom. His was a voice that was made silent, but his work will continue to echo so long as free men and women have the means to resist The future doesn’t belong to the craven; it belongs to the brave.

Max McGuire is a firearms enthusiast and collector. He holds a Bachelors Degree in Political Science from Boston College and a Masters Degree in Political Science from Villanova University.
Previous 2008 Flashback: Hillary Literally Evokes Hypothetical of Obama Being Assassinated
Next 2008 Flashback: Joe Biden Promises to Shoot Obama If He Tries To Take His Guns Away