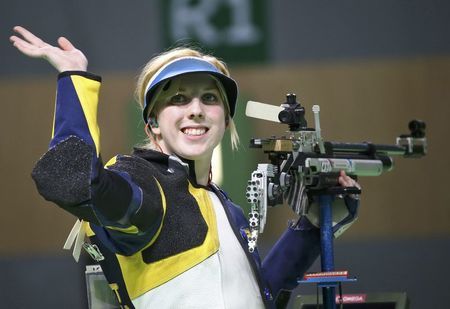 Thrasher got the shooting ‘bug’ when she went hunting with her grandfather in 8th grade and bagged her first deer.

“I got my first deer and I liked the adrenaline of pulling the trigger,” she said.

Like other American shooting athletes, Thrasher has been bombarded with questions from the media about gun violence and gun control in general. Like the rest of the American shooting team, she refused to take the bait.

The fight for gun control, she explained, “really is just distracting from our sport, which is very different.”