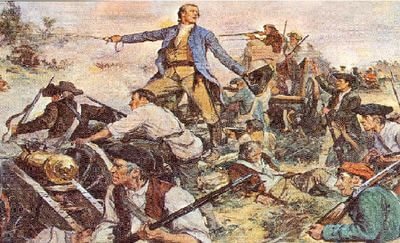 Any time you talk to an anti-gun liberal for long enough, they will inevitably bring up the argument that pushes for gun control are justified because the 2nd Amendment itself calls for a “well regulated militia.”

They point to the term “well regulated” and seize on that as proof that the Founders supported the idea of burdensome anti-gun regulations.

They couldn’t be farther from the truth.

Anyone who makes such an argument only proves that they haven’t taken the time to learn what these two words meant at the time of the American founding.

In his Majority Opinion for the 2008 case, Heller v District of Columbia, the late-Justice Antonin Scalia plainly explained what the phrase “well regulated” means.

A well regulated militia is nothing but a group of freemen who are trained in the use of their firearms.

It does not mean that the Federal government, or any government for that matter, has the right to regulate what types of guns American citizens can own or how they can acquire them. It only says that people trained in the use of privately-held firearms are essential in securing the security of a free state.

The Heller decision, specifically Scalia’s majority opinion, is the law of the land. By meticulously defining each term and phrase within the 2nd Amendment, Scalia solidified the 2nd Amendment’s meaning and cemented it into law.

So the next time that a Liberal tells you that the 2nd Amendment calls for “common sense gun regulation,” point them to Scalia’s Heller opinion.