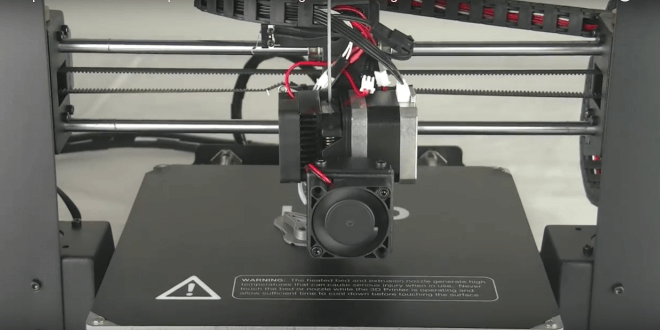 Back in 2013, Cody Wilson and Defense Distributed burst onto the scene and tried to shape the gun control debate in a way that hadn’t been framed before.

Just like the internet made library book bans obsolete, Wilson argued that 21st Century technologies were dangerously close to making American gun control obsolete. As an example: Since WWII, Germany has banned the sale of copies of Hitler’s book, Mein Kampf. The Germans believed that the contents of the book were too dangerous and could radicalize impressionable minds. Sure, illicit copies have been passed around Germany for decades. But it was the advent and expansion of the internet that forced Germany to re-approach its ban. What good is it regulating what kind of books a shop can sell or a library can stock if the entire book’s contents can be downloaded in PDF form in just seconds? This past year, the German government began authorizing select publishers to sell annotated copies of Mein Kampf. If people were going to read it, at least they should read one with government-approved annotations…

Now it might be easy to look at this example and say it could never happen here. Except, it already has and continues to happen in the United States. In December of 2016, the Accomack County School Board decided to ban To Kill a Mockingbird from the county’s classrooms and school libraries. The action was prompted by a single parent complaining about racist language in the text. When schools banned books in the 1960s, that meant that children would have to physically travel to get a copy of the text. Back then, book bans meant something. Today, the entire text can be downloaded right to someone’s smart phone within seconds. Amazon can have a physical copy on your doorstep in 24 hours.

When you frame gun control in this manner, it raises eyebrows. Even if it was constitutional to completely ban a book and public opinion demanded it, there would be no will to station a police officer next to every laser printer. The surveillance necessary to truly ban a piece of information is simply not palatable, even in post-9/11 America. And that is a good thing.

American gun control laws are designed around the assumption that the government can control the means of production and the means of acquisition of firearms. When the Gun Control Act was passed in 1968, a special provision was included to protect the individual right to build a firearm for personal use but no one envisioned how technology would advance in the next 50 years.

The GCA was passed in the wake of the JFK assassination, where Lee Harvey Oswald was able to purchase a WWII Italian Carcano rifle through the mail without any background check. The GCA was introduced to force gun buyers to make their interstate gun purchases through Federal Firearms Licensees (gun shops).

The thought was that only a select few would be able to manufacture their own weapons at home, so it wasn’t worth regulating. The GCA stipulated that new commercially manufactured and imported firearms would have traceable serial numbers. In order to purchase one of these newly manufactured firearms, an American would have to do so through a licensed dealer.

After controlling interstate firearm commerce, Congress used the GCA to define a “prohibited person” – who can and cannot own firearms. This definition would ultimately be expanded in 1993 with the Brady Handgun Violence Prevention Act.

So what you can see is that from the very beginning of the modern gun control movement, the entire premise has centered on the government being able to control the citizenry’s means of acquiring firearms.

Fast forward half a century and the landscape looks very different. 3D printing technology has brought thermoplastic additive manufacturing into Americans’ living rooms. Basic power tools enable even a novice to mill out AR-15 80% lower receivers. There has even been massive advancements in desktop milling machines, where all someone has to do is press [Start] to build a firearm.

But more importantly, all the information you need to build your own firearm is out there on the internet, free of charge.

Gunsmiths – professional and amateur alike – post YouTube videos detailing how to mill out a Sten gun’s receiver tube and weld the parts together using tools that cost less than $150 at your local Harbor Freight. So-called “crypto anarchists” have compiled what is known as Fosscad, a 1 Gigabyte file containing hundreds of 3D printed firearm designs, enabling anyone with a computer and a 3D printer to create their own weapons.

I have posited that the barriers to entry for firearm manufacturing that were in place when the Gun Control Act passed in 1968 have officially fallen. Not only are the tools to build a firearm more affordable than ever, but the wealth of knowledge on the internet allows a novice to build firearms that used to take a machinist a lifetime to learn how to build.

The 21st Century Gun Project will test that hypothesis. I will set out to build firearms using nothing but commercially affordable technologies and unregulated firearm parts. I will not accept 1-on-1 help from any experts. I will go into this with nothing but the knowledge and tutorials available on the internet.

My first project will be to 3D print a 10/22 receiver. Given the receiver’s relatively rectangular shape and the .22 LR cartridge’s minimal recoil, this seems like a good first foray into the world of 3D printed guns.