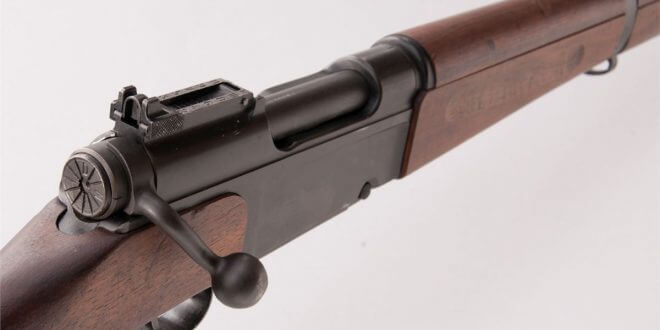 The Syrian Rebels Are Using WHAT? – French MAS-36

At the end of WWI, the Sykes-Picot Agreement divided the Middle East between England and France.

England gained control of Palestine and Iraq while France retained control and influence over Lebanon and Syria.

In the aftermath of WWII, many of France’s war-time arms were sent to Lebanon and Syria to bolster the countries against Soviet influence. As France and the rest of Europe transitioned away from bolt action rifles and towards semi-automatic and fully-automatic standard issue rifles, entire stocks of bolt action rifles became largely obsolete.

With France’s adoption of the MAS-49, the transition away from bolt action rifles became all but complete.

Many of these WWII guns ended up getting shipped to Lebanon and Syria for military and militia use. Other rifles made their way to Southeast Asia, specifically Vietnam.

Well, would you believe that the Syrian rebels/terrorists ended up seizing these WWII caches?

You can see in the video below as they open up crates of MAS-36 rifles that probably haven’t been touched in decades.

The MAS-36 is seldom on collectors’ lists of favorite C&R guns. Talk of the French WWII rifle usually elicit jokes about how they are in great shape because they were never used, dropped once since France surrendered so quickly…

But the truth is that the French MAS-36, chambered in 7.5x54mm French, had some of the strongest actions in the war. 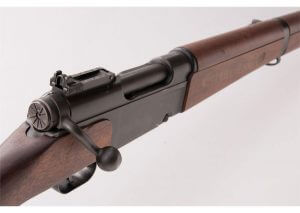 The most distinctive part of the MAS-36 is perhaps the bolt handle. Unlike the rest of the WWII rifles that where the bolt was designed practically perpendicular to the barrel, the MAS-36’s bolt handle juts forward towards the muzzle.

Believe it or not, this has no perceived negative effect on working the action. While not as fast as the British Enfield, the MAS-36 can easily hold its own – speed wise – with a Mauser pattern rifle.

Like its counterparts, the MAS-36 is loaded either individually or by stripper clip. It has a 5-round internal magazine. 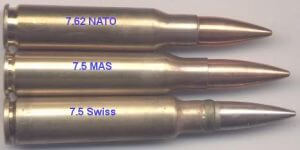 Perhaps the other most unique aspect of the MAS-36 is the rifle’s bayonet design. 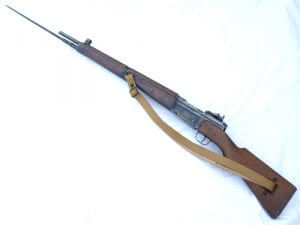 Whereas other WWII-era rifles had fully detachable bayonets that soldiers were expected to carry with them, the French MAS-36 has an integral spike bayonet that is stored below and parallel to the barrel and can be unscrewed and pivoted to the fixed-bayonet position.

Not only did the integral storage make it easier for French soldiers to safely hold onto their bayonets, but the bayonet itself is also significantly lighter than any other service bayonet of the era. That allows the MAS-36 rifle to maintain a better balance with the bayonet extended.

All in all, it is truly remarkable that these rifles, built in the lead up to WWII, used by French resistance fighters, and then given to Lebanon and Syria as Cold War military aid, could end up back on the battlefield today. 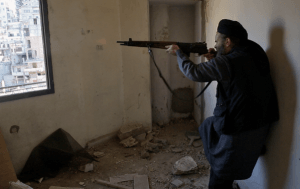 Nothing like a good iron-sight WWII rifle to snipe with… 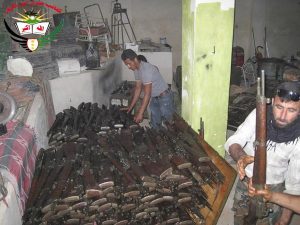 Believe it or not, I don’t think this is the same cache as the video… 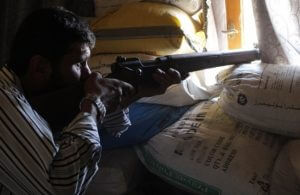